This blog is about the Artist Celeste Reyes. We will show here her Artwork, or tell about the techniques she uses, or share her inspirations and  thoughts.

Quote: My inspiration is ART...
Because without ART we would just be stuck
with reality
(Daniel R. Lynch)

So first an small Introduction  :


Celeste was born in Mexico, in the City of Toluca. She lived most of her life in Mexico: 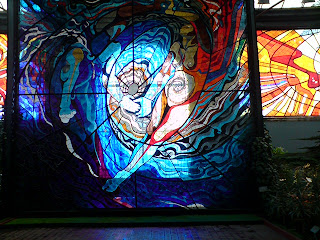 From the age of twelve she entered in different workshops for children , She also took part in Oil Painting Workshops and Forums of Fine Arts.

Autonomous University of the State of Mexico